When Pharmacy Middlemen Save on Medicines, Why Don't You Save Money, Too? 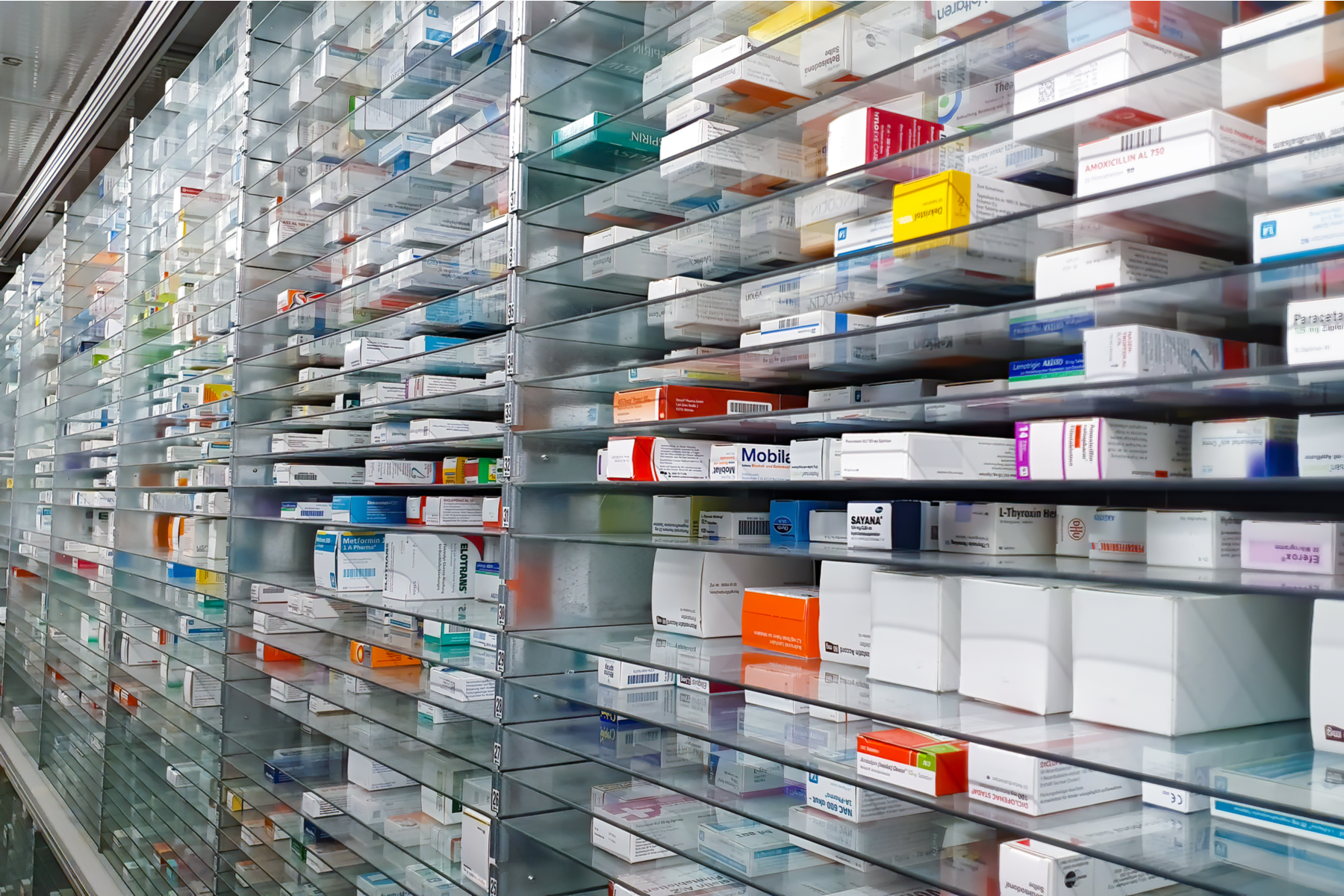 A lot happens to the price of your prescription before you arrive at the pharmacy to pick it up.

Take, for instance, eletriptan hydrobromide, the generic form of migraine medication Relpax. Before Zach Zeller founded the online, membership-based ScriptCo Pharmacy, which sells mail-order medications at wholesale cost, his wife, Amy, was paying about $44 per pill to control her headaches.

On average, she needed eight pills a month. That added up to more than $350 every 30 days until the couple reached their health plan deductible. But as a bit of research showed Zeller, who co-owned a brick-and-mortar pharmacy in Waco, Texas, at the time, the wholesale cost for the generic was just $2 per pill.

“We were paying so much out of pocket for her medication through our insurance,” said Zeller, who co-founded ScriptCo in 2019.

But this story isn’t about health insurance as most subscribers think of it – or, for that matter, the drug price set by a pharmaceutical company or even the pharmacy that sells that drug to patients. Understanding how a migraine medication could cost so little to manufacture and so much at the pharmacy counter means peeling back the pricing layers to learn about the middlemen in most transactions that involve insurance: pharmacy benefit managers (PBMs).

PBMs work on behalf of health plans to negotiate drug prices directly with drug manufacturers. This especially affects the pricing of generics, which tend to vary more in price than a single brand name. Pharmacy benefit managers also help determine which prescription drugs are covered by health insurance, and which aren’t. (That list of covered medications is known as the formulary.)

Zeller works directly with wholesalers and around that middleman (relying solely on money from memberships). ScriptCo currently has about 1,750 members; 70 percent of them have insurance. It helps those members save money by not using insurance. Some traditional pharmacies do deeply discount drugs, but most still rely heavily on insurance reimbursement, so they must work with PBMs.

As it happens, the three PBMs that dominate the market are either owned outright by insurers or tied closely to one. UnitedHealth Group owns OptumRx, Cigna owns Express Scripts, and CVS Caremark is owned by the same company that owns Aetna.

Critics contend that means there’s less incentive to pass along savings to consumers, and that such consolidation leads to higher prices and fewer options.

“They consider the prices that are negotiated a trade secret.”

Meanwhile, both drug makers and pharmacies that negotiate with PBMs have an incentive to raise their list price for drugs, says Antonio Ciaccia, who does research on drug pricing as the chief strategy officer for the consulting firm 3 Axis Advisors. That commonly inflated number, which is referred to as the average wholesale price, or AWP, helps them stay profitable even when the price is lowered. As a result, some consumers paying out of pocket get stuck with higher-priced drugs.

Employers hire PBMs to manage their health plan’s formulary and prescription drug spending. But, industry observers say, it’s in the interest of PBMs, drug manufacturers and even health plans to keep the consumer in the dark about prices changes.

"They consider the prices that are negotiated a trade secret,” said Stacie Dusetzina, a pharmaceutical policy expert at Vanderbilt University School of Medicine.

A good proxy for the PBM-negotiated price, according to Ciaccia, is the “discounted price” listed for drugs on GoodRx and similar discount drug services. As GoodRx noted in a Securities and Exchange Commission filing last August, this discounted price “represents a negotiated rate provided by one of our PBM partners at a retail pharmacy.”

A quick search for eletriptan shows the lowest GoodRx price is about $4.50 per pill. That PBM-negotiated price is 90 percent lower than the average pharmacy retail price, which is $47 a pill. But that’s still more than double the wholesale cost–the $2 per pill ScriptCo pays.

The same goes for buproprion, whose lowest GoodRx price is about $11 for 30 tablets. That’s 90 percent below the average retail price of about $282, according to GoodRx– but still more than four times the $2.40 wholesale cost for the medication.

So how does this affect patients with insurance, who have copays and typically pay a lower negotiated rate? Anyone who hasn’t yet met their deductible might know: They could easily be paying the average retail price or even higher.

The most profitable way for PBMs to get a discount on a drug isn’t to buy it at a lower net price; it’s to buy it at list (gross) price, and get a rebate from the drug maker, says Eric Levin, CEO at Scripta Insights, which focuses on helping employers and employees lower the cost of prescription benefits. It’s a lot murkier than just buying a medication at a reduced negotiated rate, “so the PBM has more ability to decide how much of that they want to pass on to their customer,” he said. The customer is the employer, health plan, or both, so that decision affects the price break employees get on drugs through their health benefit.

In response to an interview request, the Pharmaceutical Care Management Association (PCMA), which represents PBMs, issued a statement saying, “Any notion that PBMs are padding their bottom line through rebates is false.” It pointed to a Government Accountability Office report that found PBMs passed along nearly all of the rebates negotiated with drug makers to health insurers.

That said, last November, the trade group filed a lawsuit challenging a federal regulation known as the “rebate rule,” which would stop PBMs from using rebates unless they’re passed on directly to consumers. As a result of the pushback, the Biden Administration delayed its implementation from Jan. 1, 2022, to the start of 2023.

But drug-pricing experts say having a handful of larger PBMs still controlling the lion’s share of the market means drug prices are bound to be higher. And that’s giving even covered consumers, such as those with high-deductible plans, every incentive to go outside insurance and seek alternative ways to save.

“In every regard, from a consumer or patient perspective,” Ciaccia said, “unfortunately the best way for them to engage the system is to work around the system.”

Michael Schroeder is a freelance health writer and editor based in Westfield, Ind. 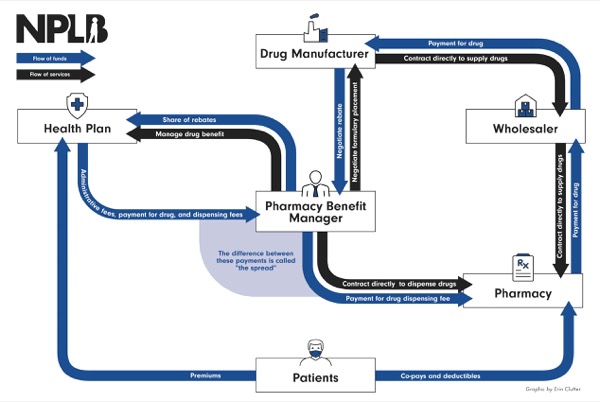 PBMs: The Secretive Middlemen for Insurance and Drug Companies 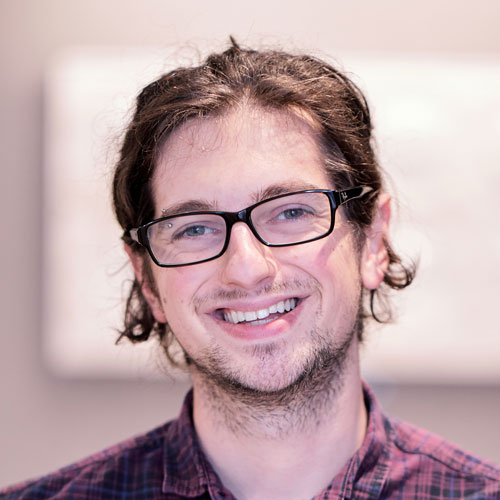