Turning No Into Yes: How to Fight Your Health Insurance Company and Win 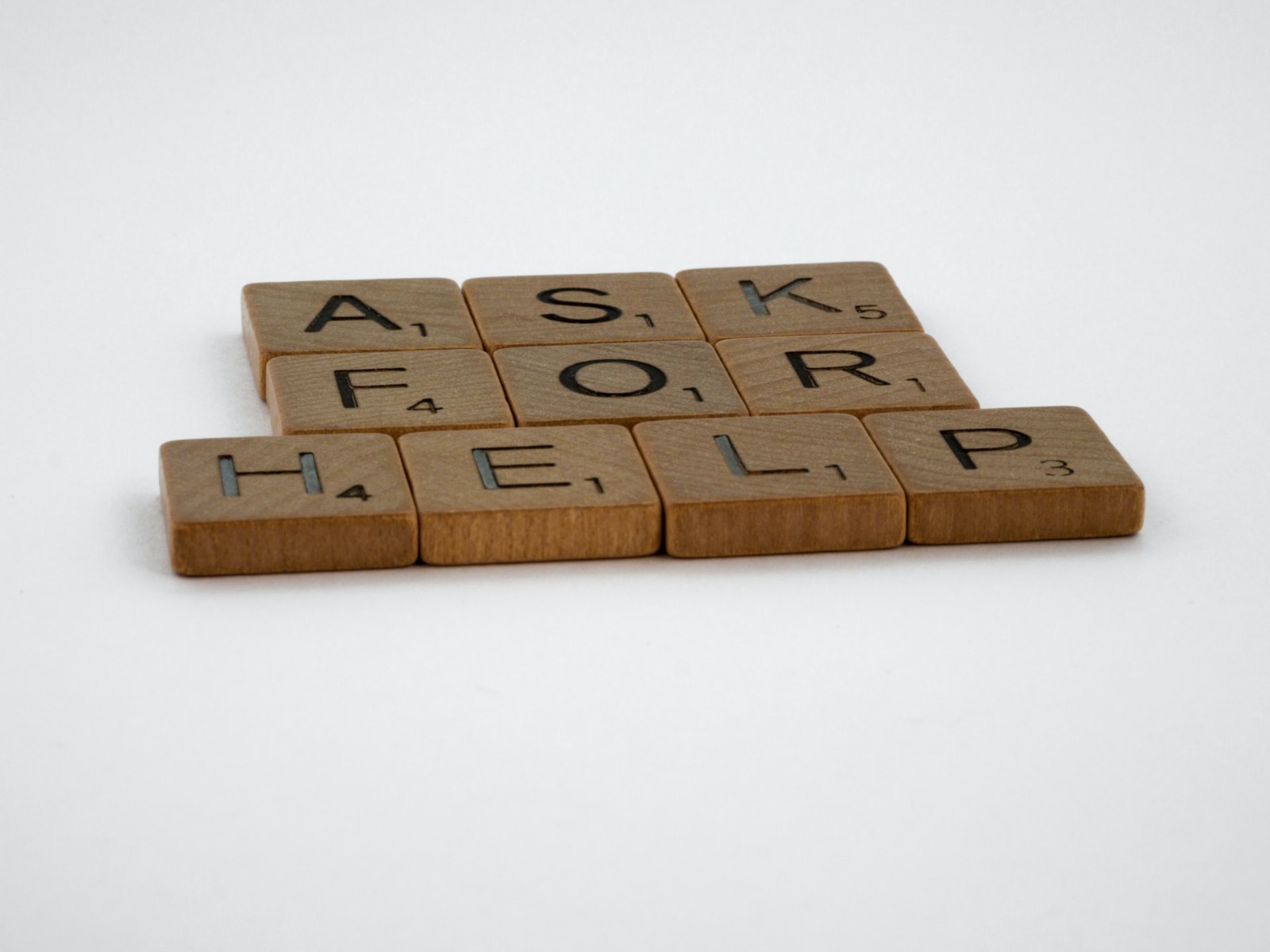 Grace Wood has a super power: She can make $147,000 in medical bills disappear.

Wood doesn’t have a magic wand. Her power comes from hard-earned experience navigating expensive care for her atrial fibrillation, a type of abnormal heart rhythm. Though her tenacity helps, the real driver of Wood’s success is a keen survival instinct: She refuses to let the U.S. healthcare system break her — financially or otherwise.

“Why should I have my life ruined?” Wood said.

Fighting insurance denials and negotiating exorbitant medical bills takes more than force of will, though that’s essential, too. But with increasing out-of-pocket costs, and rising premiums, it’s important to not just understand your rights but also how to insist on them to get the care you need and the coverage you've paid for.

Wood, a 61-year-old speech coach from Northern California, has learned what insurance and billing insiders know: As infuriatingly bureaucratic and rigid as healthcare can be, you can find people on the inside with the knowledge, authority, and motivation to use their discretion to help you. The trick is how.

Ask for a break (Yes, it can be that simple)

Wood’s hospital forgave a $12,000 emergency room bill — part of the $147,000 she owed for a cardiac procedure — through “charity care,” which nonprofit hospitals are required to provide and for-profit hospitals do provide, sometimes even more than nonprofits.

Wood asked her other providers to write off her bills, too, letting them know the hospital already had. Several agreed and, just like that, $20,000 in medical bills went poof.

The rest of Wood’s bills took more effort and consultation with a pro, Mary Covington, president of Denial Management, which charges hourly fees to help consumers fight insurance denials. Together, they ultimately got the insurance company to overturn its denial and reimburse the hospital for Wood’s charity care, which she also thought was only fair.

One of Covington’s tips: “Always write a letter.”

Insurers might offer you the chance to appeal by phone, but Covington says don’t.

“You have to put the evidence in the record,” she says, in writing.

Gail Trauco, a nurse who founded Medical Bill 911 to help consumers lower their medical bills, takes the paper trail to the next level. She suggests sending copies of anything you write to your health insurer to your state’s insurance commission, too, and to the consumer protection authorities, such as the Attorney General’s office.

The authorities probably won’t get involved until you exhaust the insurance appeals process, but it can’t hurt for your insurer to know that their regulators have even one eye on your case.‍

Don’t just write it down, write it well

Show the insurance company how much more it will cost them not to cover your care, such as if it has to pay for a more expensive procedure or for treatments that are covered but not working. Speak their language. Insurers care about the money.

If you’re facing a giant hospital bill, you may have to help the hospital see your situation in the right light.

Braden Pan, founder of Resolve, a company that reviews consumers’ medical bills for a flat fee plus a percentage of savings it negotiates, had a client with an $80,000 bill for a medical device insurance wouldn’t cover.

The patient earned too much to qualify for the hospital’s financial aid program, but not enough to make $80,000 reasonable. Pan and his team made a detailed case that $80,000 was out of reach. By repositioning the patient’s income relative to the bill, Pan says they got the bill cut in half.

“You've got to fight through the bureaucracy,” Pan said. “You basically have to say, ‘This is the answer I want and I'm going to go get that answer.’ “

"Think of dealing with a health insurance company like building a case for the prosecution."

No one is pretending that finding “the right person” at the other end of the telephone or email will be easy.

But you may be able to find helpers inside these bureaucracies -- if you ask for them.

Be explicit that you need help and that you need someone with the authority to help you. Don’t antagonize the people answering the phone. They likely have no discretion, but they work with someone who does. Ask them to put that person on the phone.

Keep in mind that not all helpers are healthcare insiders.

“If you work for a corporation, leverage the power of the people who buy the insurance plans,” said Courtney Froemming, a screenplay writer and public relations consultant based in Bethesda, Md. “The insurance company doesn’t want to lose clients, so if the carrier is denying a claim, see if the person holding the purse strings can put pressure on them.”

Froemming says this strategy worked for her sister, whose $45,000 medical evacuation bill from a serious accident evaporated when her husband's employer got involved and argued with their insurer on her behalf.

The run-around is annoying but use it to your advantage

Getting a straight answer from a health insurance company may take several tries. Molly Moore, chief health plan officer at health insurance startup Decent, says you may need to call a half-dozen times to get the answer you need — or want.

It sounds basic — and definitely tedious — but Moore recommends keeping detailed notes of each call.

“Think of dealing with a health insurance company like building a case for the prosecution,” she said.

Document who you talk to and what they tell you. What number did you call? What prompts did you select? What time of day was it? How long was the call? No detail is too inconsequential. They’ll back up your story later. Because calls are often recorded, you can point your insurer to the proof.

(You might want to record your calls for later reference, but be careful. In many states, recording calls is only legal if both parties consent.)

Calling multiple times can actually be a strategy. If you find yourself talking to an unhelpful customer service representative, politely hang up and try again. You might hear a different answer the next time you call, or the time after that.

If you do find a helpful representative, you might be able to hang onto them, says Peter Bonaccorsi, who oversees a health insurance call center in Rhode Island.

He suggests saying: “My situation is so unique…could I just deal with you all the time?”

That request isn’t too common and Bonaccorsi says some supervisors will allow it.

Then again, the person you need may not be in customer service at all. A health plan care manager or hospital patient relations staffer may be your best advocate.

Don’t be manipulative, but it’s okay to cry

Bonaccorsi and his staff are trained to handle emotions. After all, he says, no one calls their health plan to say “Hi, what’s going on?” If you’re calling, something is wrong.

Strong emotions may get attention, but yelling — especially paired with cursing — can cause a customer service rep to hang up.

Crying, on the other hand, can sometimes work to your advantage

“If it’s a true emotion and they’re really at their end,” Bonaccorsi said, “I think it will help because they’re giving me honesty in [a] situation that’s gone too far for them to handle.”

There are, however, limits to what a health plan call center can do; its employees can’t make policy exceptions but they can help consumers escalate an issue internally, appeal a denial, or file a complaint.

Exceptions are your friend

“I always ask for an exception,” said Dena Feingold, a board-certified patient advocate and founder of Care Alliance Advocacy in Southern California. “It makes everyone feel like they are doing you a favor — not breaking the rules, but working outside the box to help someone out.”

On behalf of a patient, Feingold says, she recently got a provider to forgive $2,400 for a diagnostic CT scan that the insurance company hadn’t pre-approved. She did it by asking for an exception. ‍

No company, including health insurers and medical providers, wants angry customers clogging their social media feeds. Use that to your advantage, too.

For instance, Froemming saw a Facebook post from her health plan about the importance of preventive care. She commented on the irony of that premise because the plan had denied her breast reduction surgery, which she felt would prevent future problems.

A social media staffer reached out and, at Froemming’s urging, helped organize a peer-to-peer conversation between Froemming’s doctor and a doctor from the health plan. Her insurer ultimately covered the surgery, she says.

If all else fails, try going public.

As Moore, the health plan startup executive, put it: “Insurers respond to media."

If you have a compelling story, contact one of your local news outlets, perhaps the newspaper or a website — or at least let your insurer know you are considering it.

Be prepared. It’s unlikely you’ll get your story told unless it’s particularly awful or one of a kind. Problems with insurance coverage or paying for healthcare are not uncommon stories in America.

Still, just the threat of bad press can get high-level health plan leaders in a room to discuss your situation. No guarantees, but it could help shake loose a solution.

Don’t assume no means no

Fighting insurance companies can feel like a crapshoot, and an uphill battle. Among healthcare.gov carriers, nearly one in five claims (17 percent) were denied in 2019. Most consumers didn’t appeal; those who did lost 60 percent of the time.

That still means 40 percent of appeals were successful. Industry insiders and observers say that means it’s always worth trying.

“With insurance companies, realize that they will say no just to see if they can get away with it,” Froemming said. “Don’t ever take no as the final decision.”‍