Surprise Hospital Bills Will End Soon. But — No Surprise — Protecting Patients Is Still Complicated and Political 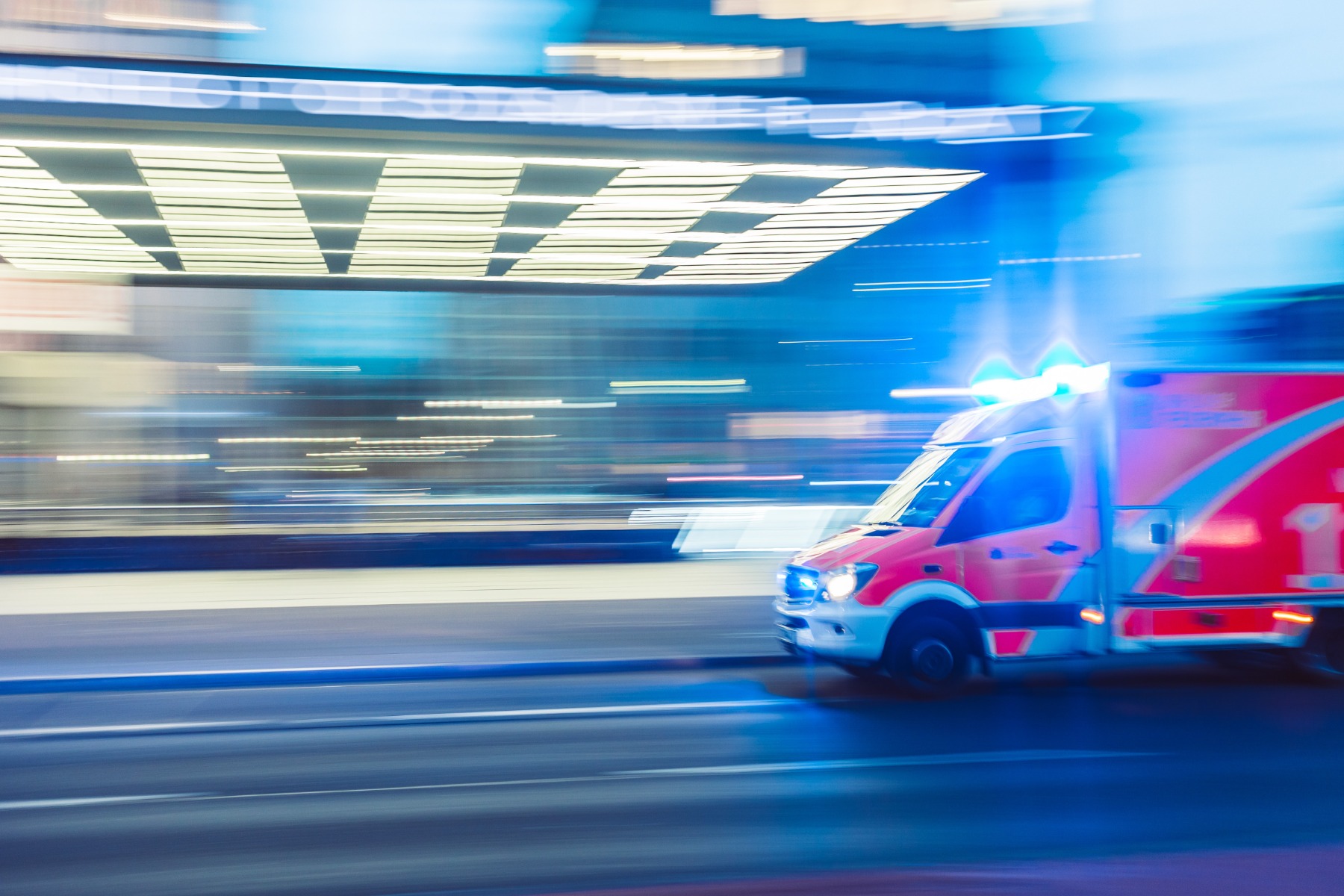 There wasn’t much for 12-year-olds to do during California’s pandemic lockdown. But in Burbank, stables left over from the Western film era were open to the public for horseback riding.

That’s how Poesy Taylor Doctorow ended up in the emergency room last November. She fell off her rented horse and broke her wrist.

Poesy’s parents drove her to Children’s Hospital Los Angeles, where she was seen by a physician’s assistant and radiologist and given Tylenol, and from there, to an orthopedic urgent care clinic to have her wrist reset. Before her wrist had time to heal, dozens of bills started arriving in her family’s mailbox.

“Every single bill came with an extremely parsimonious and cryptic explanation, sometimes just a numeric code,” said Poesy’s father, Cory Doctorow, a science fiction author and former co-editor of the blog Boing Boing. “They came from people we’d never heard of, and each of them added insult to injury.”

Poesy’s family has insurance. Good insurance. But while the hospitals and clinics they visited were in their network, some of the physicians who treated Poesy were not. When insurance wouldn’t pay what they asked, they billed Poesy’s parents for the difference, a practice known in the industry as “balance billing”—and to patients as surprise billing.

It’s a familiar experience for many people who’ve visited a hospital. One in five insured adults say they’ve had a surprise bill in the past two years, according to the Kaiser Family Foundation (KFF), and two-thirds worry about unexpected medical bills.

As many do, Doctorow paid without fighting back. “I might not have surrendered if it were unusual,” he said. “But the fact was, it was so par for the course.”

Starting Jan. 1, when the No Surprises Act takes effect, that’s supposed to change. The law, passed in December after years of failed attempts, is designed to end surprise billing and provide important patient protections.

But with anything as complicated as healthcare, the devil is in the details. As the Biden administration begins the law’s all-important rule-making process, interest groups are lobbying intensely, opportunities for unintended consequences abound, and a major source of surprise billing remains untouched.

In other words, the relief patients will or won’t receive depends on blanks that are still being filled in.

In 2016, Matthew Crowley, then 30, underwent shock wave lithotripsy to remove kidney stones. Months later, the anesthesiology department at South Shore Hospital near Boston called to demand $600 for its services, he says. When he asked, Crowley’s insurance company told him the anesthesiologist was out-of-network, putting him on the hook.

“I was just shocked,” Crowley said. “Are you joking? At what point was I going to ask everyone in the [surgery] room, ‘Hey, are you in-network?’ I couldn’t fathom it. I refused to pay the bill.”

In May, Crowley, who works in information technology, caught a break. South Shore Anesthesia Associates settled a state deceptive-practices investigation by agreeing to pay $260,000 in fines and restitution and forgive debts incurred through out-of-network billing. His debt was wiped from his credit report.

Stories like Crowley’s provided the impetus for the No Surprises Act. Everyone agreed that patients should only be responsible for in-network deductibles, copays and coinsurance costs unless they knowingly consent to out-of-network care. But for lawmakers, doing that while placating healthcare practitioners and insurance companies—two powerful lobbies with a lot at stake—wasn’t easy.

For patient advocates and industry groups, the battle didn’t end when President Donald Trump signed the bill on Dec. 27, 2020. The rules that the Biden administration would issue to put meat on the act’s bones were equally important.

The first came from the Department of Health and Human Services (HHS) on July 1, reinforcing the law’s emphasis on patient protections. For example, the rule—technically, an interim final rule, as it might be revised after public comments—bans insurance companies from retroactively denying claims based on final diagnoses, which UnitedHealthcare proposed doing in June but delayed following a backlash.

It calculates patients’ out-of-pocket costs for an out-of-network service and narrows the conditions under which patients can waive balance-billing protections.

The rule says non-emergency patients can waive protections only if providers inform them that they are out of network at least three days before an appointment, or three hours before a procedure booked less than three days earlier; provide a list of in-network alternatives; give a good-faith cost estimate; and secure their written consent.

The rule also bans surprise bills arising from emergency and stabilization services and forbids anesthesiologists, radiologists and other hospital-based practitioners—as well as practitioners for whom there’s no in-network alternative—from seeking waivers under any circumstances.

Still, some patient advocacy groups question whether the rule affords patients enough time to reschedule with an in-network doctor, especially in rural or underserved areas. HHS itself seemed unsure about where to draw the line between consent and coercion; the rule asks for feedback on striking an “appropriate balance” between the needs of patients and their doctors.

Patricia Kelmar, director of healthcare campaigns at the public interest group U.S. PIRG, also points out that there’s also no enforcement mechanism to ensure a provider’s good-faith cost estimate was made in “good faith.”

“Our recommendation to consumers is, unless you have a very good reason that you want to agree to an out-of-network doctor, don’t sign the consent form,” Kelmar said.

‘Elephant in the Room’

For everything the No Surprises Act includes, it’s as conspicuous for what it omits.

For instance, it wouldn’t have helped Elicia Hand.

In 2019, the then-34-year-old took an Uber to the emergency room at University of California San Diego Medical Center in La Jolla. Running a fever and with her heart pushing 170 beats per minute, Hand—who was later diagnosed with a rare connective tissue disorder called Ehlers-Danlos Syndrome—had passed out at home.

Her cardiologist told her to go to the hospital, but it was full. The intake staff told her they wanted to admit her, but she’d have to stay in the emergency room until a room became available—and that could be days.

“I said, ‘Oh my God, you guys are having people sleep over in the emergency room?,’” said Hand, a former Montessori school teacher who worked as a sales manager in biotechnology before going on private disability two years ago. “A, that place is insane, you hear people coding and dying. And b, it’s dirty. It’s like a Petri dish.”

They offered another option: UCSD’s sister hospital in Hillcrest had room. She accepted. They sent her by ambulance, about a half-hour ride.

Hand says she was billed $1,000. The ambulance was out-of-network.

The No Surprises Act did ban out-of-network billing for air ambulances, which routinely rack up bills in the tens of thousands of dollars. But ground ambulances proved thornier, in part because most are run by local governments that need the revenue they generate. So rather than stall the bill while they hashed out a solution, lawmakers established a committee to study the issue and moved on.

In the meantime, several states, including New York, Colorado and Maryland, have banned surprise bills related to ambulances. As Taylor points out, other states could do so, as well.

Leverage: Who Has It?

The No Surprises Act removes patients from payment disputes between insurers and out-of-network providers. But those disputes are inevitable. How they’ll get resolved is the most contentious—and potentially consequential—issue yet to be decided.

Eighteen states have passed comprehensive balance-billing reforms, and 15 others have laws more limited in scope, according to the Commonwealth Fund. The No Surprises Act defers to those that already have systems in place to determine payments to out-of-network providers.

For the rest, the law sketched out an arbitration process. Insurance companies will offer an initial payment, providers have 30 days to negotiate, then each side submits a final offer to a third-party arbiter, who selects a winner.

The question—the subject of a forthcoming rule—is what criteria arbiters will use to judge the offers.

“Our recommendation to consumers is, unless you have a very good reason that you want to agree to an out-of-network doctor, don’t sign the consent form."

Insurance companies and groups representing large employers want arbiters to use the qualifying payment amount (QPA), or the median amount insurers pay local in-network physicians for a service, as a benchmark for determining the reimbursement rate. That will keep costs low and nudge healthcare practitioners to join insurance networks, they say.

But physicians argue that relying on a median harms specialists who bill at higher rates for their expertise. They say arbiters should also consider factors such as the provider’s experience, training and quality of outcomes.

“You’re going to see medical practices figure out a way to deal with [reduced revenue],” said Dr. Richard Heller, a Chicago radiologist who co-authored a paper on the controversy in the journal Radiology. “For many, that’s going to be pulling back services, cutting back on things, reducing access.”

“When these providers threaten that hospitals will shut down, there’ll be no more anesthesiologists in rural areas or the suburbs, they’re all going to move to Manhattan and you’re going to die—no one should take this seriously,” he said.

Proposals to end surprise billing have long been popular. In 2020, they polled at 80 percent approval and had broad bipartisan support. Even so, getting a bill across the finish line was a years-long slog, owing both to the inherent complexity of healthcare legislation and the powerful interests that gummed up the works.

As the rules are finalized, those deep-pocketed groups—hospitals, physicians, employers, insurance companies and hedge funds that have spent billions acquiring healthcare companies that profit from balance billing—won’t sit quietly on the sidelines.

For Cory Doctorow, who grew up in Canada and became a United Kingdom citizen—both countries with universal healthcare systems—these machinations have a Kafkaesque quality. 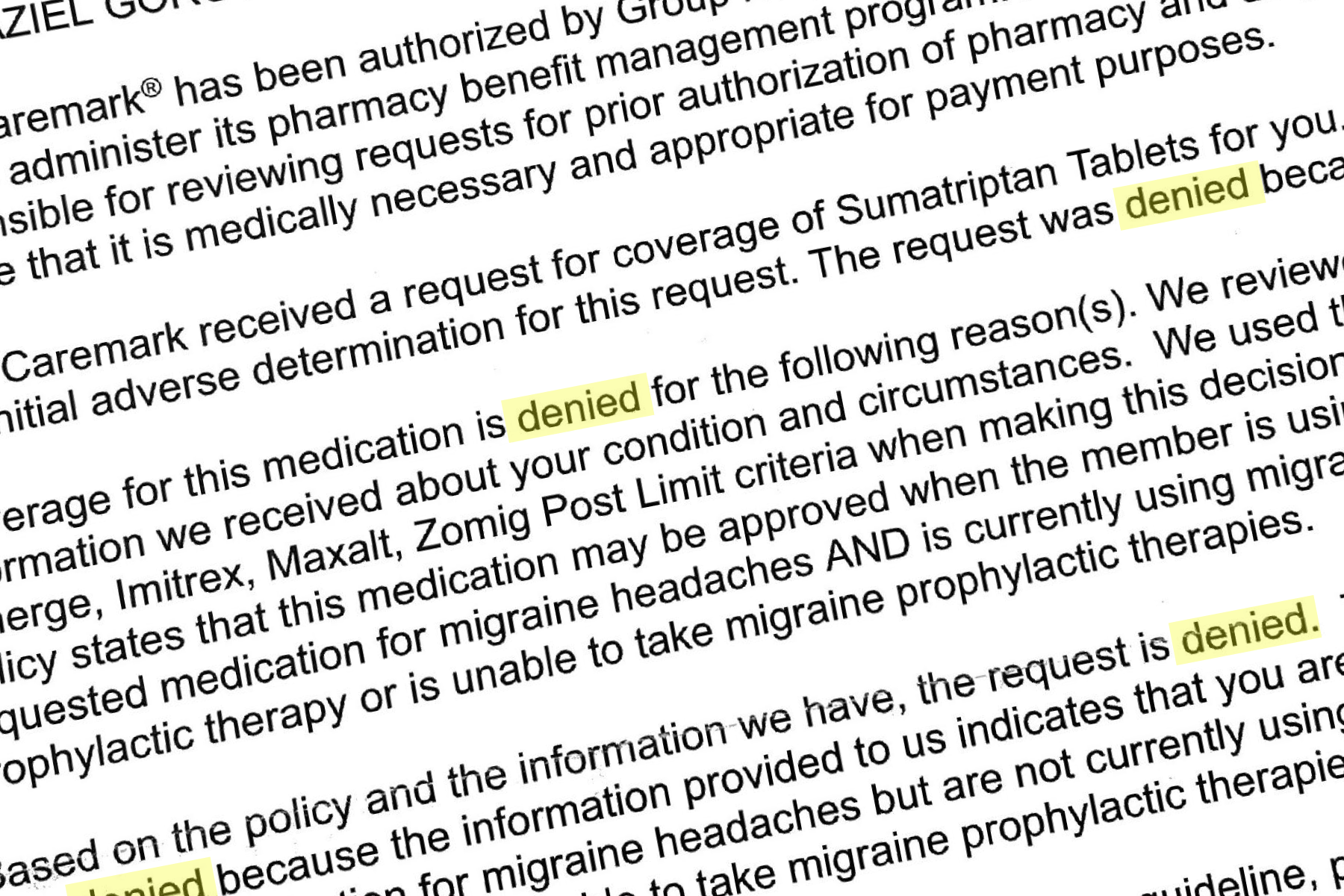 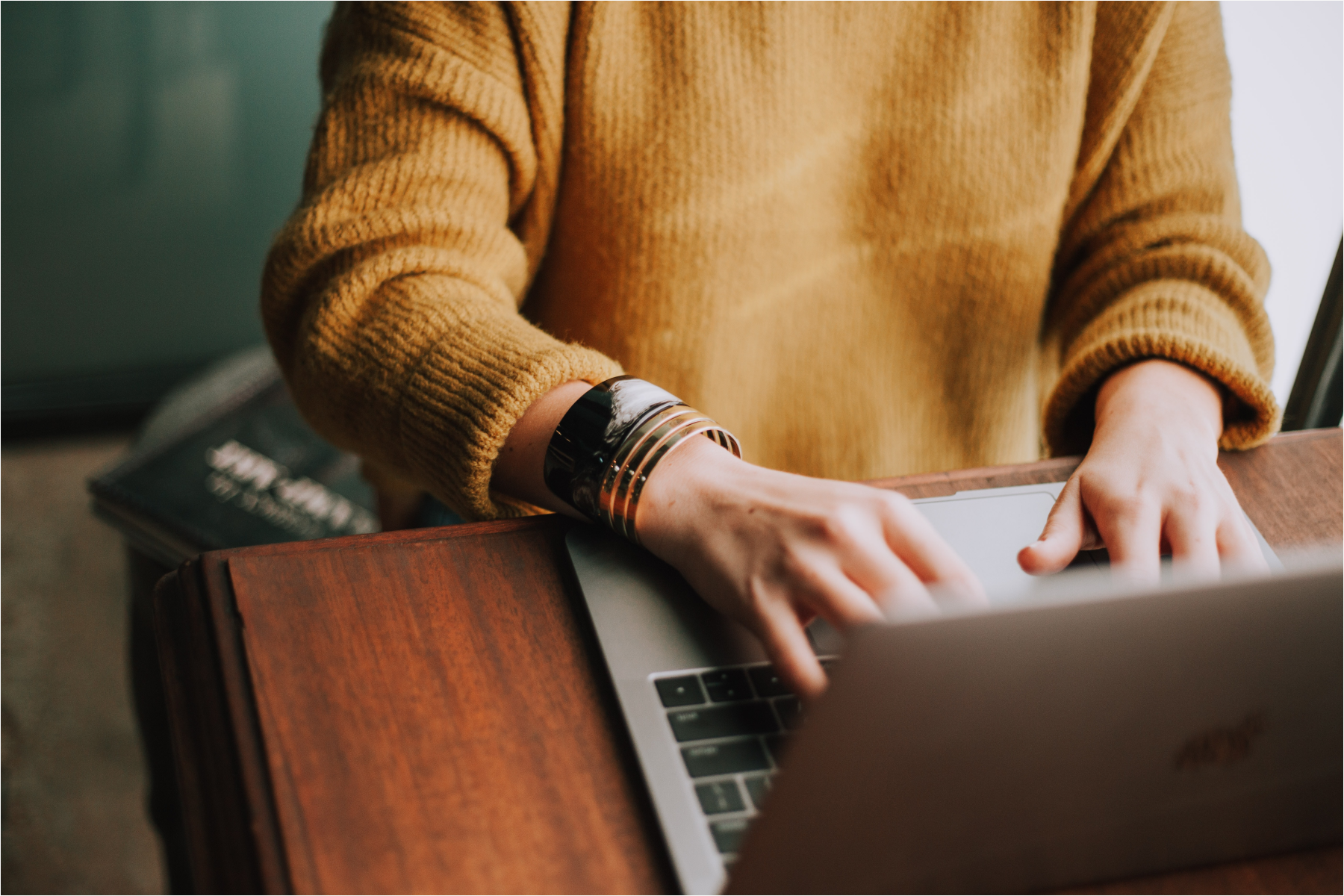 How to Write a Letter of Appeal to an Insurance Company 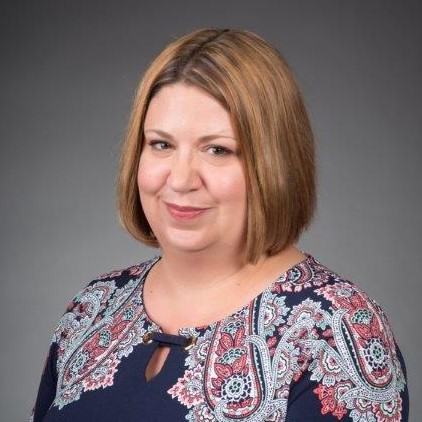