Hate Fighting With Your Insurer to Get Medicines and Treatments Covered? Imagine How Your Doctor Feels 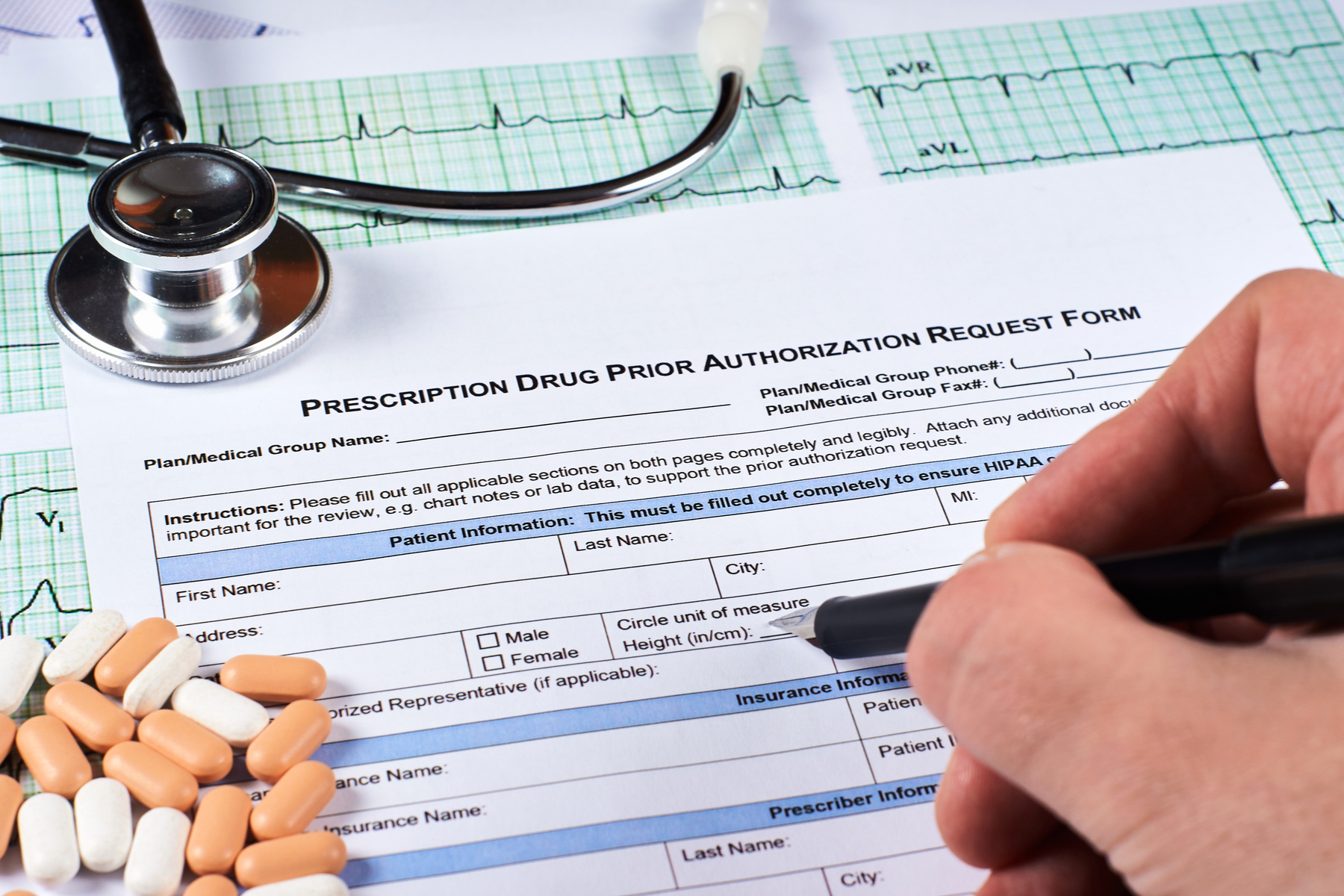 If insurance companies have a trick, Dr. Russell Libby has probably seen it. During the 39 years since he founded the Virginia Pediatrics Group (VPG), which has four offices in Northern Virginia, he says the game has changed, but the goal has remained the same: to wring every last dollar from the healthcare system.

When interest rates were higher, Libby recalls, insurers delayed reimbursements to medical practices so they could accrue interest in their accounts. Before payments went electronic in the 2000s, he says, they made millions by shorting medical practices—by $5 or $10, not enough for physicians to bother with appeals.

Today, the game is what Libby calls “friction.” Things that should be routine aren’t. Payment codes and prescription formularies abruptly change. Medications need layers of approval. Everything requires a mountain of paperwork.

These burdens can cost medical practices tens of thousands of dollars a year or more. They force physicians and their staffs to work long hours, leading to burnout. They saddle patients with unexpected costs, unnecessary delays and unneeded stress; some patients simply give up.

For insurers, that’s a feature, not a bug, Libby says. Even if patients abandon treatment only 10 percent of the time, “that equates to millions and millions of dollars of retained revenue.”

Most important, the friction interferes with the care his practice tries to provide.

“Nobody even looks at those side effects, ”Libby said. “What does it do to the patient?”

Among physicians, few phrases conjure more venom than “prior authorization,” insurance companies’ policy of not paying for procedures or medications they haven’t approved in advance.

The insurance industry says prior authorization holds down healthcare costs and ensures patient safety. According to medical trade groups, however, this cost-control mechanism means red tape, extra expenses, and worse patient outcomes. In a 2020 American Medical Association (AMA) survey, 94 percent of physicians said prior authorization led to delays in care, and 79 percent said it caused patients to abandon treatment.

Procedural and cognitive specialists—including neurologists, orthopedists and rheumatologists—encounter insurance company pushback more frequently than pediatricians, whose patients don’t require as many expensive surgeries or medications. But VPG, which employs 13 pediatricians and in a typical year sees 120 to 150 kids per day, still seeks about 25 prior authorizations a week, says B.J. Velasco, a nurse at the practice for two decades.

As she puts it, insurance company decisions can seem arbitrary at best.

Velasco points to teenage siblings who were doing well and making straight As while taking  the ADHD drug Vyvanse. When their father had to change insurance plans, he made sure to secure the same level of coverage; the children’s mother was undergoing chemotherapy. But while the new insurer approved Vyvanse for the brother, it denied it for his younger sister, who missed weeks of school adjusting to a new medication.

“When you see a kid who’s worked so hard and struggled, and then he finds the perfect medication—‘Oh my God, I can actually focus and get my work done’ to, six months later, ‘Because my dad’s insurance company changed, I have to change medicine,’” she said. “It’s just heartbreaking. I’ve had parents in tears on the phone.”

When things go wrong, Velasco says, parents usually blame her, thinking she filled out a form incorrectly or forgot to file it in the first place. “I don’t think [they] realize that we have nothing to do with it,” Velasco said. “It’s what they signed up for.”

That said, most prior authorization requests do go smoothly, she says. A pharmacy informs her about a denial and asks her either to fax over an alternative medication—without telling her which alternatives are covered—or get authorization from the insurance company. Velasco files a request electronically within 15 minutes and gets a response within 24 hours. (Virginia law requires providers to approve, deny or seek more information about a request within two business days, and within 24 hours in emergencies.)

But that’s still a 24-hour delay, even for potential life-savers such as EpiPens. And if anything in the electronic request doesn’t precisely match the information in the insurance company’s system, things can get messy.

“If there’s one little thing that does not match up, it will not go through electronically, and I have to redo it on paper and then fax it,” Velasco said. “That takes three times as long.”

Case in point: In February, VPG prescribed a pre-adolescent child a generic ADHD drug. The insurance company sent an eight-page list of prior-authorization evaluation questions, which Velasco had to fill out: What is the diagnosis and medication being requested? Has the primary care physician used the Diagnostic and Statistical Manual of Mental Disorders, 5th Edition, to determine the criteria for the diagnosis? Has the prescriber ordered and reviewed a urine drug screen? Has the provider submitted medical records containing a copy of the most recent urine drug screen? Please list all medications the patient has tried and that failed.

Those questions comprised one-third of the first page. (Yes, the insurer wanted VPG to drug-test a child under the age of 13. No, that’s not necessary, Libby says.)

If the insurer denies the request, a VPG clinician will plead the patient’s case over the phone. If that fails, “you just basically stop there,” Libby said. Some parents might wish to keep appealing, but in most cases, “there’s only so much you can do.”

Even before the COVID-19 pandemic upended VPG’s business—with kids in virtual school and the flu all but nonexistent, revenues were off about 80 percent from late fall to early spring—pediatricians battled a fee-for-service system that can make it difficult to operate in the black.

With 75 employees and significant overhead, VPG’s profitability depends on a steady stream of patients. The practice schedules 10 to 15 minutes for sick visits, 20 minutes or more to deal with mental health and developmental issues, and 20 minutes for preventative care. Under the Patient Protection and Affordable Care Act, however, standard copays and deductibles don’t apply to preventative care visits.

That is good, Libby says. Parents who used to skip check-ups and vaccinations now bring their kids in. But it also means some parents bundle all of their children’s issues into preventative care visits. A 20-minute slot turns into 45 minutes. Everyone and everything else falls behind.

“We don’t get paid for that,” Libby said.

“I got some old tricks up my sleeve,” Velasco said.

With the teenage siblings, she knew the insurance company would be more likely to approve Vyvanse if its preferred drug either didn’t work or caused side effects. So she dropped a hint.

“I kind of coached them,” she said. “I can’t say too much, though. I said, ‘You know some of the adverse effects of these ADHD medications? Well, tell me what they are.’”

Thirty-six states have taken at least some steps to regulate prior authorization, including limiting the time insurance companies have to respond to a request and banning them from rescinding an authorization once it’s been given, according to the AMA, which has mounted a national campaign against prior authorization.

Virginia passed reforms in 2015 and 2019 that, among other things, require insurers to honor authorizations granted by a previous insurance company for at least 30 days. The insurance industry fought “tooth and nail” against those reforms, says Scott Castro, director of health policy at the Medical Society of Virginia (MSV).

“Every year, every piece of red tape that you try to cut to make things more convenient for the docs or hospitals to reduce the administrative burdens so they can actually spend more time caring for patients than filling out paperwork—yeah, they’re fighting it,” Castro said.

For now, Libby wants to “buffer” his physicians and other clinicians—a majority of whom are women, many with their own families to care for—from that paperwork, and from the business side of the practice altogether. He’s worried that exposing them to the insurance bureaucracy—the friction—will lead to burnout, which already affects more than two in five physicians, according to a 2020 Medscape survey. It’s not just the extra hours. It’s also the emotional investment.

“Docs get pretty much into the dungeon at times,” Libby said, “feeling that their responsibilities to the profession, to their patients, start to overtake them and actually block out their own lives.”

That doesn’t need to happen, he says. It’s just the game—a way for insurance companies to see “if you really want to get into the fight or not.”

“It is frustrating when you end up saying to the patient—and this is extra time and uncompensated efforts on your part—‘OK, listen, we’re going to have to go through this together,” he said. “I think the most important thing for us is that it burns out patients. It burns out doctors, too.” 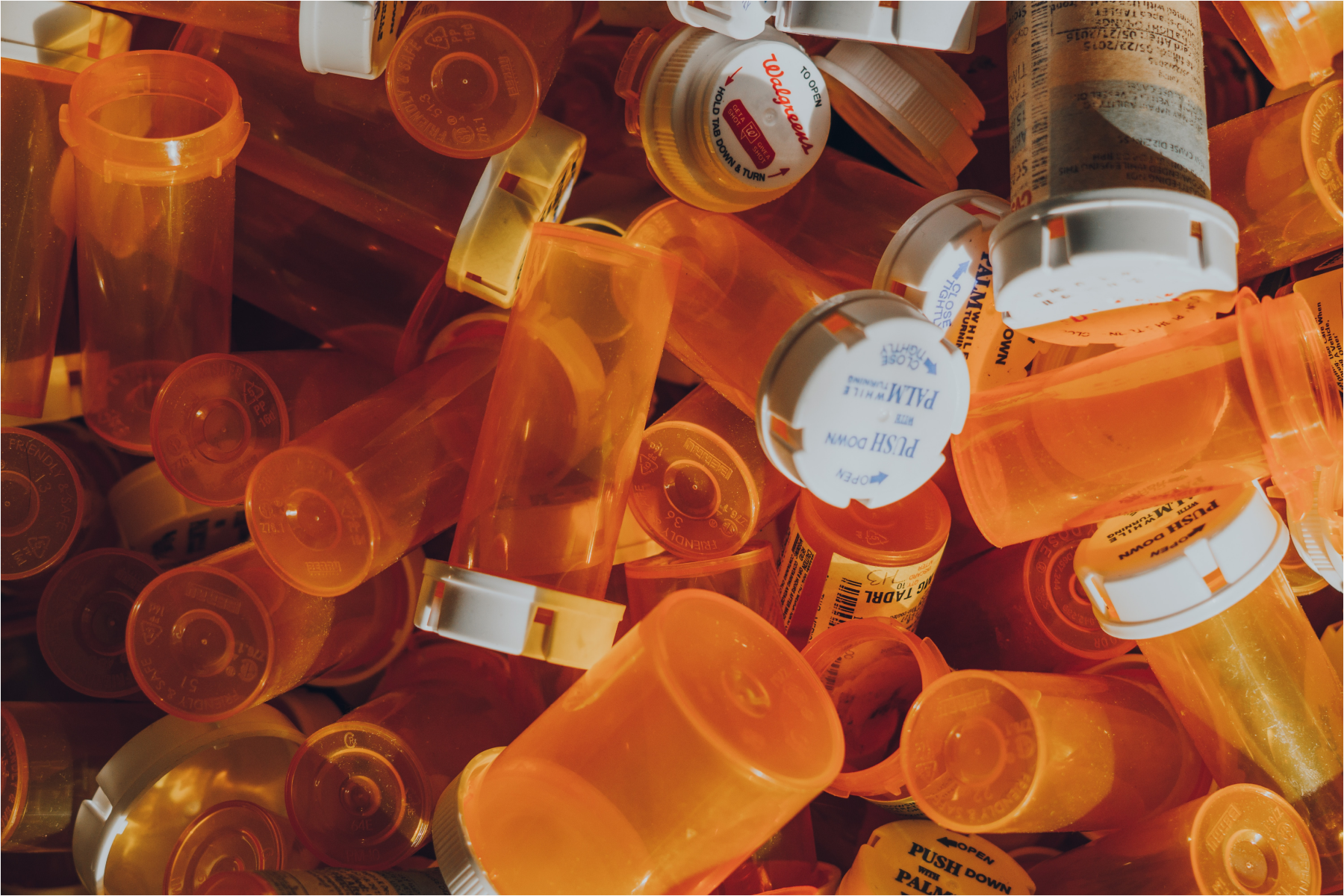 Step Therapy: When Insurance Decides Which Drug You Get First