Charles Magatti: A Scientist Whose Big Discovery Was Nothing To Sneeze At 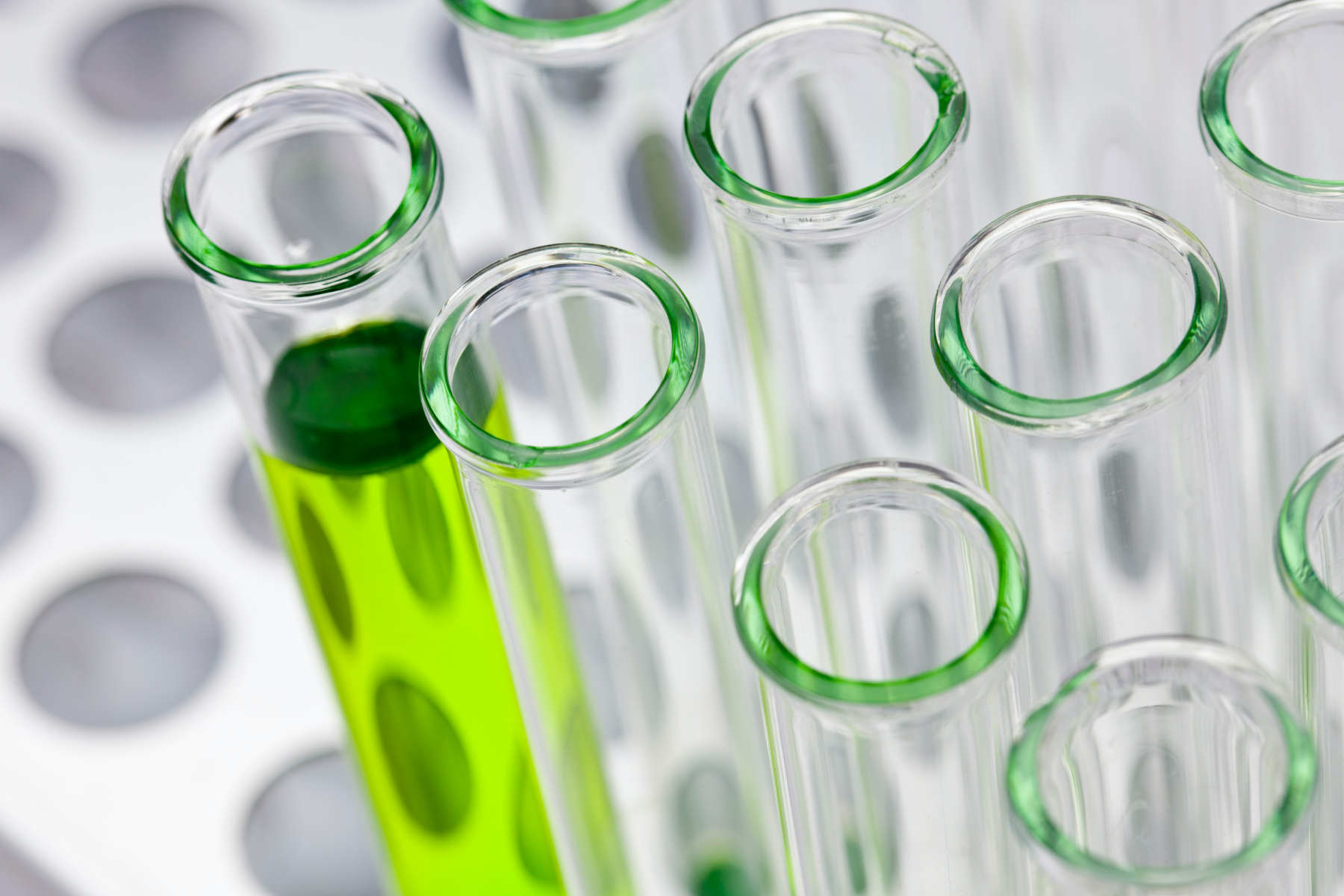 After spending more than a quarter century developing new medications for a major drug maker, Charles Magatti embarked on what many would consider an even more challenging second chapter: teaching science to high school boys.

His most popular lesson starts with Magatti charting how to create a compound through a series of familiar chemical reactions. Then he becomes a showman, dissolving a powder in a beaker, heating the liquid over a Bunsen burner, and holding it to the light to reveal crystals forming in the cooling mixture. Next comes distillation, which traps vapor rising from a heated mixture and captures the purified compound as it condenses in a flask.

What he’s actually doing, to the boys’ delight, is recreating the historic experiments that led his team of three scientists to invent the antihistamine loratadine in 1976. That would more commonly be known as Claritin, or the drug that has kept allergy sufferers from sneezing ever since.

Of course, the lab work he does in the classroom is a limited edition. Magatti could not safely use all of the chemicals required, especially the smelly organic compounds. But he does talk about how creating a good candidate for testing in rats requires knowledge, finesse, and a bit of luck – and Magatti doesn’t pretend he didn’t benefit from the latter.

Magatti, now 71 and retired from teaching since 2018, jokes that the students would clamor for the Claritin origin story to distract from the day’s assignments. But he also felt a spark of epiphany, as students connected what they were learning to a drug in their medicine cabinets. “I think it turned some of the kids on to science,” he said.

After Magatti had his eureka moment in the lab, 17 years would pass before loratadine became available as prescription Claritin in the United States. It quickly went on to become one of the most used drugs in the world -- and is now included on the World Health Organization’s list of essential medicines.

The story Magatti would share with his students on the origin of Claritin is a window onto how medications now considered commonplace come to be. It often starts with scientists at a lab bench trying, failing, and then trying again until, as if by magic, they create purified drops with the power to heal.

In Search of the Holy Grail

When your body’s immune system encounters something it recognizes as a threat —a cold virus, pollen, or animal dander, for example — it releases chemicals called histamines to help rid you of the invader. Histamines trigger inflammation to activate other chemicals in your immune system and step up mucous production. The result is the itching sneezing, watery eyes, and runny or stuffed nose that are the bane of cold and allergy sufferers.

In 1937, the Swiss-Italian pharmacologist Daniel Bovet discovered a substance that could block the effect of histamines in guinea pigs. That work, which helped him win a Nobel Prize 20 years later, paved the way for the development of the first antihistamine drugs. By the 1950s, antihistamines such as diphenhydramine (Benadryl) and chlorpheniramine (Chlortrimeton) had become popular remedies for colds and allergies.

But these so-called “wonder drugs” had a major problem: They affect the parts of the brain that regulate alertness, sleep, learning, memory, and balance. In other words, they cause drowsiness, impair concentration and memory, and disrupt the deep restorative phases of sleep. So, scientists began working on a drug that would block histamines but leave the brain and central nervous system alone.

“A non-sedating antihistamine was the holy grail of allergy sufferers everywhere,” said Kenneth Kaitin, director of the Tufts Center for the Study of Drug Development.

By the mid-1970s, the drug maker Schering-Plough had claimed a stake in the antihistamine market with Chlortrimeton. The company assigned Magatti, who grew up in Brooklyn, N.Y. and had a newly minted Ph.D. in chemistry from Rutgers University, and two other scientists to hunt for a second-generation antihistamine that could quell people’s symptoms without fogging their brain.

Magatti recalls that the team started with a sedating antihistamine and, through a series of chemical reactions, removed the components of the compound that allowed it to seep through the walls of blood vessels into the brain. After 30 or 40 tries – not as many as it sounds, at least in the world of science -- they finally isolated a compound with weak antihistamine properties that other teams of scientists found didn’t make rats sleepy. To boost the potency, they mimicked the structure of Chlortrimeton and added a chlorine molecule, he said.

“And that was Claritin.”

The process took about a year and a half. “Basically, it was serendipity,” said Magatti. “Nobody goes into the lab and says ‘I’m going to design a drug for, say, epilepsy and come out with a compound. There’s a lot of trial and error.”

At that point, Magatti and his new antihistamine parted ways. He went on to work on other drugs and loratadine wound its way through human trials, then a lengthy and unusual FDA approval process.

A Long and Winding Road to Market

When Schering-Plough first applied for FDA approval of Claritin in 1986, Kaitin, the drug-development researcher, remembers concerns over whether the drug worked well enough. “To eliminate the drowsiness, they had to keep the dose very low, to the point where they lowered the drug’s effectiveness in providing allergy relief,” he said.

An August 2000 report to Congress by the General Accounting Office investigating long approval times found other reasons for concern as well. The FDA required additional evidence that the drug didn’t cause cancer, for example. And, independently, the agency underwent two reorganizations, each time bringing in new people to re-review the data. Finally satisfied that Claritin was safe and effective, the FDA approved it in 1993. Two other second-generation antihistamines, fexofenadine (Allegra) and cetirizine (Zyrtec) soon followed.

Typically, when the patent on a drug expires, it remains available by prescription, but the price drops as other drug makers create competing generic versions. However, in 1998, Wellpoint Health Networks, the parent company of Blue Cross Blue Shield of California, filed a citizen’s petition with the FDA requesting that the agency allow Claritin, Allegra, and Zyrtec to be sold over the counter when their patents expired. The agency agreed and, in 2002, Claritin became available in the same dosage without a prescription.

“It was a no-brainer to convert it to O.T.C., because, in many ways, it was safer than other antihistamines, since it didn’t have the drowsiness side effect,” said Kaitin.

While the insurance company made the case for safety, it also saved millions of dollars by not having to cover prescription Claritin, which at the time cost the insurer about $85 for a month’s supply. Today, loratadine is only available over the counter, with generic versions costing just pennies per dose.

Schering-Plough did hold on to some of the prescription market by developing desloratadine (Clarinex), an antihistamine similar to loratadine, but more potent, so it requires a lower dose.

Developing the Next Generation of Scientists

For his part, Magatti never developed another drug that made it to market. “It’s like I told the kids: 95 percent of the stuff that you do in the chemistry lab doesn't work,” he said. “You make a lot of compounds and most of them aren’t good for anything. [Claritin] was my one success.”

But he still loved that 95 percent. “I got to do novel research,” he said. “I got to think about drug discovery and spend my days doing organic chemistry, which fascinated me.”

When he saw that his son’s high school, Seton Hall Preparatory School in West Orange, N.J., needed a chemistry and physics teacher, Magatti leaped at the opportunity. He became a chemist, he said, largely because of an excellent high school teacher. “I wanted to go teach because you’ve got to get turned on to science in early in your high school career.”

During his 18 years at Seton Hall, Magatti developed curriculums for organic chemistry and freshman physics — unheard of at most high schools. He misses teaching, but is glad he didn’t have to adapt lessons to the pandemic. Hands-on is essential in the lab sciences, he said.

The scientist who wanted to create cures is still a life saver, though. He just celebrated his 40th anniversary with the Verona, N.J., volunteer fire department, where he’s served in every leadership position, including two stints as Fire Chief. “My wife’s pretty lenient,” he said. “If we’re out to dinner and a call comes in, she drives home by herself.”

Magatti occasionally takes the drug he helped invent, although he’s seldom bothered by allergies. He does enjoy accolades from allergy sufferers, though. “A lot of people when they find out I’m a co-inventor of Claritin tell me: ‘That’s the greatest drug. Thank you very much,’” he said. “That makes me feel good.”

The co-inventors got their names on the patent for loratadine and Schering-Plough honored them with a Presidential Award. For his effort, Magatti made a good living but didn't get rich: “I was just doing my job.”

Still, Magatti said, the opportunity to do novel research and share his love of science has been plenty rewarding.

Teresa Carr is an award-winning health-and-science journalist based in Austin, Texas. She writes the column Matters of Fact for Undark. 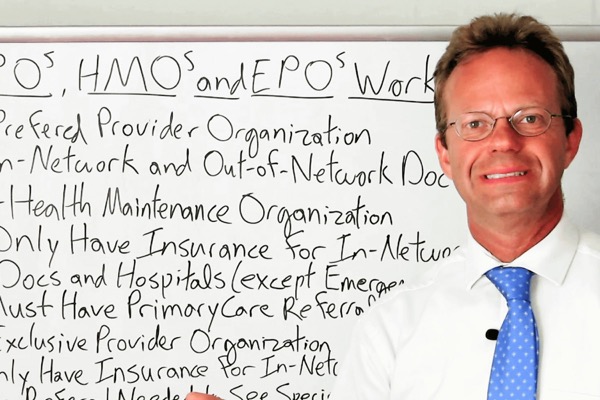