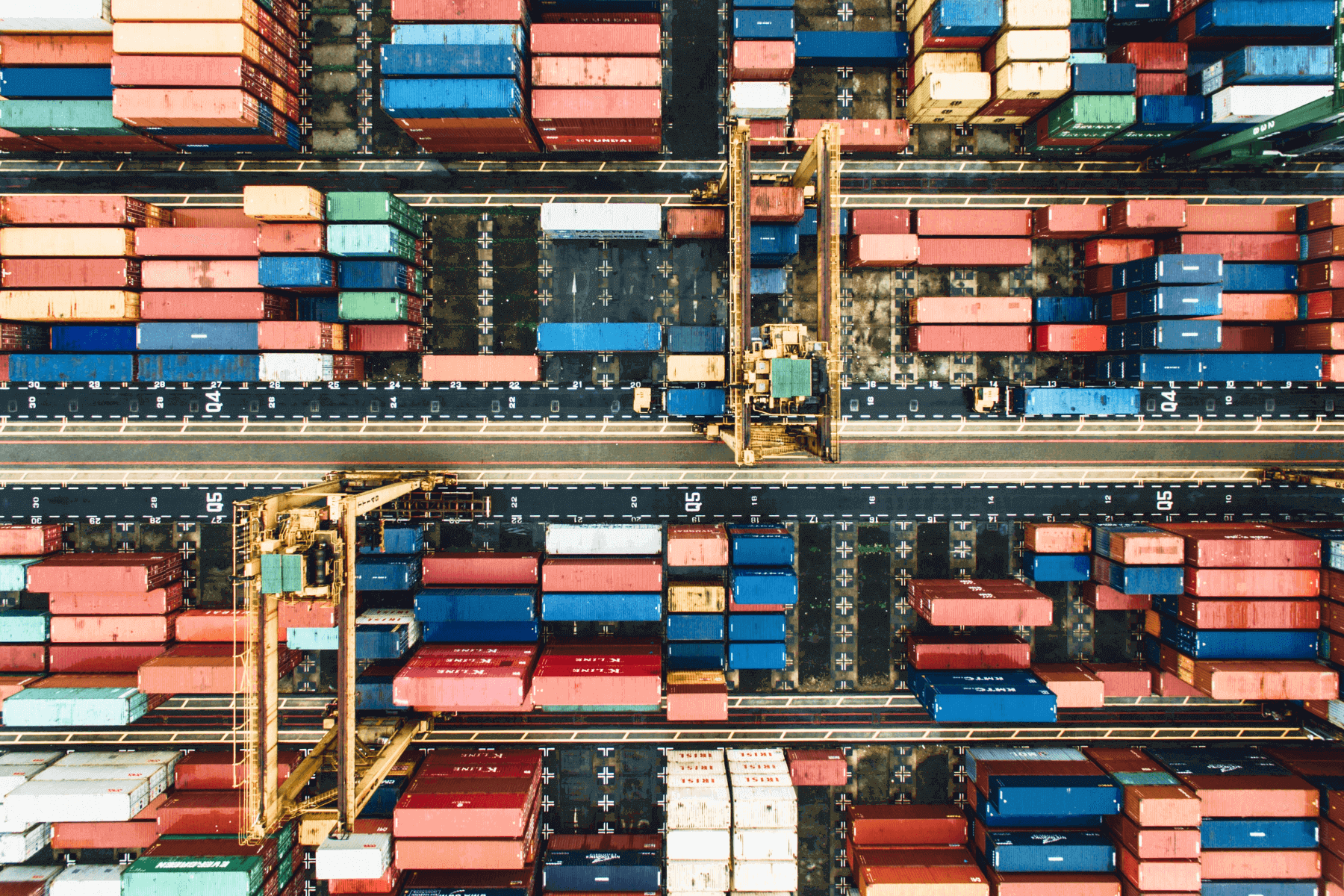 Donna, a retired Montessori school teacher in small-town Colorado, was diagnosed with the pulmonary disease known as COPD in mid-2019. She knew it was serious, but chose to be hopeful. Then the pharmacy called to tell her that the drug her doctor had prescribed cost $390 a month -- and that there was no generic equivalent available.

Donna, who is on Medicare, asked her doctor about cheaper options. He said none would work as well. Then the doctor said something she says she didn’t expect: “He muttered under his breath that there might be alternatives in Canada.”

Donna, 69, was skeptical. Still, she set about doing the research. She talked to internet friends in a Facebook group and read up on foreign pharmacies and the risks involved. Finally someone suggested Maple Leaf Meds, which was selling the Spiriva inhalers she needed for $48 apiece. That meant a 90-day supply would cost an eighth of what a single month’s worth would in the United States.

Almost two years later, Donna is still buying from Canada, even though her Medicare Part D healthcare plan now includes a drug benefit, and is still saving money as a result.

Donna isn’t alone in crossing borders to obtain affordable medications. Despite the legal uncertainties and potential health risks, patients say they are willing to take their chances to get what their doctors prescribe but their insurance doesn’t always cover, if they have insurance at all. (Like Donna, the patients who shared their stories asked to use their first names only because buying prescription drugs from other countries is technically illegal, even if authorities tend to look the other way.)

High deductibles, copays and out-of-pocket maximums have put drugs out of reach of many Americans. In a 2019 KFF poll, fully one-quarter of American adults said they had trouble affording their prescription medications. Compounding the problem, prescriptions for brand-name drugs that have no generic alternatives are often denied by insurers. In addition to the underinsured, there are the uninsured, who are more likely to import prescription drugs than people with health insurance, Brown University researchers concluded in a study published last year. Patient assistance programs offered by drug manufacturers offer some relief, but can be difficult to navigate and have stringent requirements.

Although technically illegal, the practice appears to be growing and gaining acceptance.

The federal government doesn’t track the number of Americans who buy their medicines from other countries, most frequently Mexico and Canada. But in a 2020 study by the University of Florida, 1.5 percent of the more than 60,000 adults surveyed said they had purchased drugs outside the United States, either online or in person. In another poll, by the KFF in 2016, 8 percent of respondents said that they or someone in their household had imported drugs within the last year. That translates into roughly 19 million American adults.

Tampa, Florida, businessman Bill Hepscher became concerned about the high cost of medicines while watching the bills pile up for his brother’s bone marrow transplant. That led him to launch Canadian Medstore, a brick-and-mortar pharmacy middleman of sorts in 2003.

Initially, Canadian Medstore mostly served senior citizens without the internet savvy to source more affordable drugs from other countries, Hepscher says. They’d bring in their doctors’ prescriptions and work with pharmacy technicians to find the best price and order the medications, which would be shipped directly to their homes by foreign pharmacies.

Over the years, however, Hepscher’s business has shifted toward online sales. In addition to Canadian pharmacies, it now connects patients with pharmacies in the United Kingdom, Germany, Australia, New Zealand, Turkey and India.

The clientele has shifted too, he says, with fewer seniors and more young families with high-deductible insurance plans obtained through the Affordable Care Act coming by for help. Another issue, he adds, are policies that don’t offer drug benefits until 100 percent of the insurance deductible has been met.

“We’ve definitely grown, which is good from a business perspective, but it breaks my heart,” Hepscher said. “I honestly didn’t think we’d be going on 20 years doing this. I thought something would happen [to address drug access and affordability] but it hasn’t. I guess I’ve become jaded.”

Making the trek for medicines

He’s not alone in his concern. In a highly publicized event, then-candidate Bernie Sanders led a small caravan of diabetics to Canada in 2019. The point was to draw attention to insulin prices in the United States before a Democratic presidential debate. Florida has also weighed legislation that would allow residents to import prescription drugs, and Utah has gone so far as to encourage public employees to travel to Mexico to buy their medicines.

Even with the cost of travel, getting healthcare and medicines from other countries can be less expensive than the same care in the United States. More than 950,000 Californians, for instance, go to Mexico annually for those purposes, according to a 2015 report by the U.S. International Trade Commission. The authors also noted that 150,000 to 320,000 U.S. travelers list healthcare as a reason for traveling abroad by air each year.

“All we know confidently is that one-to-two percent of the U.S. population imports medications for personal use...,” said Andrew Zullo, a researcher and assistant professor in the Brown University School of Public Health. “If people have to leave their home country to get affordable medications, that should be a sign something isn't working.”

Although technically illegal, the practice appears to be growing and gaining acceptance. It’s become so commonplace that the U.S. government publishes a guide for consumers to help Americans avoid confiscation or, even worse, prosecution. The Federal Drug Administration declined to say whether a patient had ever been arrested for importing prescription medicines into the United States, and no one who studies the issue could recall it ever happening.

Still, the FDA recommends against buying medications from other countries, which are not required to meet the same standards as those sold in the United States. There are also concerns about medication counterfeiting, identity theft, patients receiving expired drugs and overall quality control.

“Medicines sold by these illegal websites have been found to contain no active ingredients, excessive amounts of active ingredients, contaminants and/or the wrong ingredients altogether,” said Lemrey “Al” Carter, National Association of Boards of Pharmacy’s executive director/secretary. “Each of these possibilities can result in serious harm to a patient.”

Added Kevin Sneed, University of Florida professor and founding dean of the college of pharmacy, “Regulation isn’t very good outside our country, especially in Mexico. Part of the problem is that when you order from a website, you don’t know where [the medication] came from and what you’re getting.”

Still, cost concerns often outweigh concerns about what patients might be getting in their imported prescriptions.

A high insurance deductible persuaded Molly, a 48-year-old technology manager at a large financial services firm in Asheville, N.C., to go the Canadian route in 2019 after she was diagnosed with Sjogren's, an autoimmune disease that causes severe dry eyes. She was prescribed the eye drop Restasis, a medication with no generic equivalent. The cost: $600 a month. The drug manufacturer’s discount program only covers a 90-day supply, and Molly knew her need for the drops would be ongoing.

A bit of online sleuthing later, Molly put in her order for Restasis at Canadadrugsconnect.com. The price: $75 a month.

“Over-the-counter eye drops don't tackle the problem well enough,” she said. “If I didn't use prescription-strength eye drops then I'd probably be using OTC drops every hour to keep them moist … In total, it took about a month to get, which was inconvenient, but ultimately worth the discounted price.”

Mike C., a retired sports marketing executive in Los Angeles, had employer-sponsored insurance when his cardiologist put him on the name brand drug Xarelto six years ago, saying that a generic or substitute wouldn’t be as effective in treating his heart condition. But Mike’s insurer told him his plan wouldn’t cover the medication, which he says cost more than $400 a month.

In the interim, his doctor gave him Xarelto samples. He tried a manufacturer’s discount coupon next, but couldn’t find a pharmacy that would accept it. So he too went searching for a reputable Canadian pharmacy, and found one where he says he paid $170 for a three-month supply of the medication. Mike recently went on Medicare, which covers the Xarelto for about the same money as he paid in Canada, so he says he is back to filling his prescription domestically.

For those still buying abroad, Hepscher encourages them to do their homework. He says reputable sites require a valid prescription and have pharmacy technicians available to answer questions. They should also know which specific foreign pharmacy is filling the prescription.

Virginia Pelley is a freelance journalist based in Tampa, Fla.