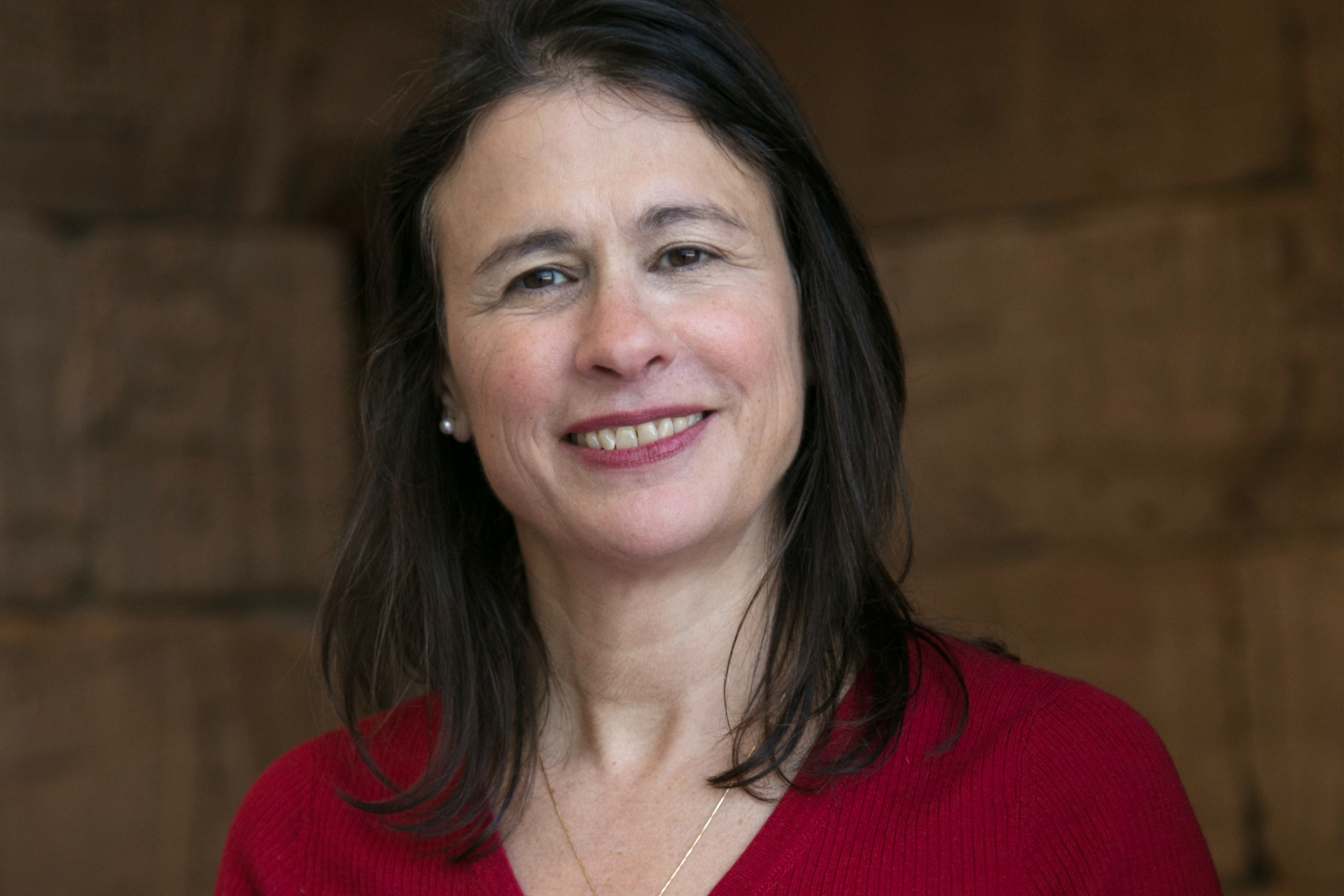 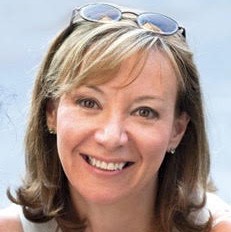 In the early days of Covid-19, one of Nina Burleigh's first instincts was to hunt down her graduate-school copy of Daniel Defoe's book documenting the Great Plague of London.

So much was familiar--the sense of unease, the closures, the rich fleeing cities, the conspiracy theories, and the bodies piling up. Yet, 355 years later, one significant difference stood out: For the first time in the history of infectious epidemics, we knew what was killing us within weeks of the first deaths. Science, medicine, and technology had triumphed, but America would not.

In her new book, Virus: Vaccinations, the CDC, and the Hijacking of America’s Response to the Pandemic, Burleigh describes how 2020 unraveled our country with gripping details and ferocious insights. She shows how partisan politics ran roughshod over medical know-how and created a massive public health crisis that has so far cost nearly 600,000 lives in America.

Through interviews with key figures such as MIT scientist Dr. Robert Langer, co-founder of Moderna, and immunization expert Dr. Paul Offit, Burleigh tells the story of Trump administration efforts to disengage the federal government from mounting a coordinated, effective response. She examines the misinformation and conspiracy theories that fueled pandemic denialism, and takes readers on a whirlwind tour of pharmaceutical innovation and quick response time.

Burleigh also discusses how Covid accelerated the nation’s healthcare inequities, with the disproportionate suffering of Black, Hispanic and poor people and “the fear of a gigantic medical bill” keeping many of the sick home until it was too late.

“My aim in this book is simple: to record how we responded to this pandemic, as a society and scientifically, so that we will be sure to do better the next time,” she writes.

Burleigh is a journalist who covered Donald Trump as national politics correspondent for Newsweek and an adjunct professor at New York University's journalism school. She has written six other books, including The Trump Women: Part of the Deal and the New York Times bestseller The Fatal Gift of Beauty: The Italian Trials of Amanda Knox.

She spoke with Pamela Ferdinand from her home in upstate New York. Their conversation has been condensed and edited for clarity.

"I believe that access to tests and free vaccines could teach Americans that a centralized system of healthcare can work."

NPLB: What were you thinking as you saw the pandemic unfold last year?

Burleigh: I was appalled and infuriated at what was going on because I thought then, and I still think, that the mishandling was not an accident.

NPLB: Was the loss of so many American lives inevitable? You describe efforts by the Trump administration to stop the U.S. Post Office from sending a mask to every address in America, for example, or failing to call on the Defense Production Act.

Burleigh: Absolutely, no, it was not inevitable. Even people in the know, like Deborah Birx, are admitting that now.

NPLB: Did some Americans need to actually see dead bodies in order to care?

Burleigh: No. [Unlike the 1918 pandemic], we have the technology to witness in real time the pain and suffering of our fellow humans all over the planet, not just in the United States. In April, you saw the panicked healthcare workers, the people lining up at ERs, and also the horrible scene of those earth movers digging mass trenches and moving corpses out of the back of hospitals. If that doesn’t bother you, then nothing is going to bother you.

NPLB: Where do you consider yourself on the safety spectrum? Did you follow all the Covid recommendations?

Burleigh: We wore the masks, and we didn’t have people come near us for a long time. We didn’t travel. We did what we were told. I also got vaccinated early because I was teaching in person. Maybe I’ll never touch a doorknob again. Handshaking kind of freaks me out, and the thought of being in a big, crowded subway.

NPLB: Virus reads like a Stephen King thriller like The Stand. I mean, “Covid gets into the veins and coagulates the blood, rendering it the consistency of Jell-O.” Is that how the pandemic has felt to you?

Burleigh: Thank you, And yes, quite.

NPLB: So, you’re president of the United States, and there’s a pandemic. What’s the first thing you do?

Burleigh: One hopes that any president from here on out will have a hotline to a science adviser, and that science adviser is somebody who would be able to activate every effective network of pandemic preparedness people in this country.

NPLB: Did the experts you interviewed think access to free tests and vaccines will change the way Americans think about healthcare and health insurance. Should it be universal? Will the boosters down the road need to be free, too?

Burleigh: I believe that access to tests and free vaccines could teach Americans that a centralized system of healthcare can work. I certainly hope the boosters are free. I imagine they would be, given the public health threat.

NPLB: Do you think what free access we’ve experienced will cause Americans to start resisting the copays and other out-of-pocket costs that insurers are increasingly passing on to them?

Burleigh: You do see more people signing up for [health insurance under the Affordable Care Act]. But as the [New York] Times reported and I quote in the book, the hospitals were failing to let people know they could come in for free. Free was no widely known. Hospitals were still dunning people, too, for older bills. So I am not sure ‘free’ penetrated. Time will tell.

NPLB: Covid is clearly not over. Cases and hospitalizations are increasing in some parts of the country, especially among young people. What did the experts you spoke with think it will take to end the pandemic?

NPLB: Will we be better at handling the next pandemic, both politically and medically?

Burleigh: Yes, I think we have good experts who can be on guard. There will be more awareness and more warning systems, more preparedness. I am not in a state of perpetual wariness. At a certain level, we’ve learned lessons from this about the time frame, isolation, quarantine, lockdowns. I think next time people will be more accepting because it’s in our living memory. There is almost no one living who remembers the 1918 pandemic, and they didn’t want to remember it, anyway. It wasn’t memorialized.

This pandemic also coincided with medical miracles and these vaccines. Viruses are coming down the pike, and man has figured out how to map the microbiology and genetics. They had this vaccine already made within days of the Chinese sending genetic information about the virus, but they couldn’t just start injecting people with it. [Vaccine manufacturers] had to ramp up production and test it and, because they had special dispensation, they were able to speed through the ‘valley of death’ [the daunting process of turning a promising lab discovery into a viable drug or vaccine].

It’s an amazing, amazing time frame, and also a milestone in medicine. I think they’re going to be able to do it again and again. It’s a new platform for vaccines. The science has been a great leap forward, and it makes me proud to be a human being.

NPLB: In your book, you write about how our society has become spoiled with the protections medicine has afforded us: vaccines and antibiotics.

Burleigh: Because we’re so medically protected, we think nothing is going to happen to us. We don’t even know the names of the diseases that vaccinations are stopping our children from getting. People don’t know what it’s like to watch a child coughing to death from diphtheria. What you’ve got are people who have no concept of what these vaccines have really saved them from, so they can walk around saying, ‘I don’t really need that one.’

That’s a great shame, and it’s a disservice to the community and to the great science that is really moving our species forward.

Pamela Ferdinand is a Chicago-based journalist and author.‍ 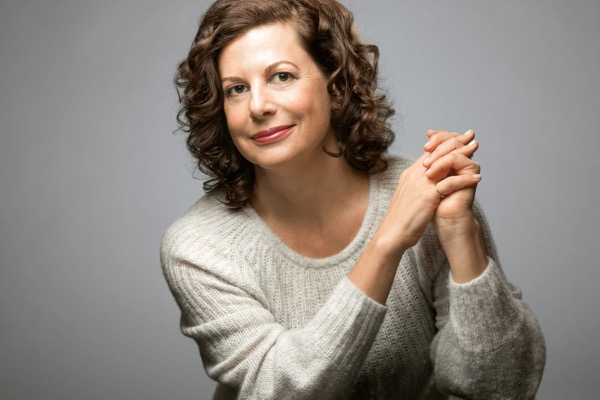 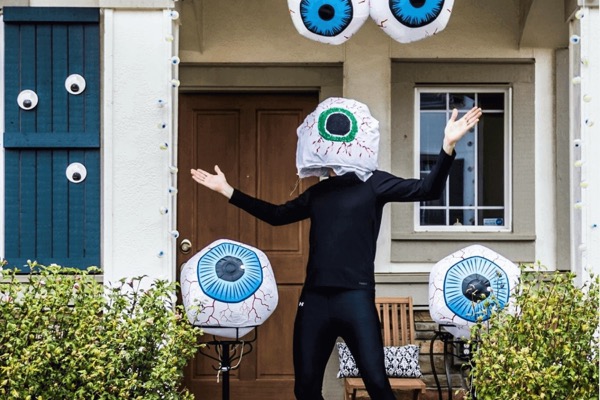 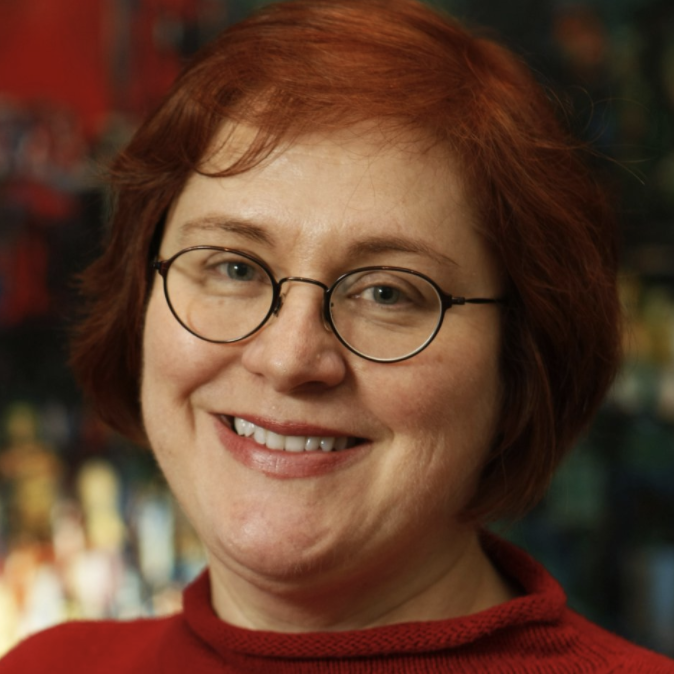